The Calgary Flames announced today that they have signed forward Derek Grant to a one-year contract.

Grant, a native of Abbotsford, BC, was originally drafted in the fourth round (119th overall) in the 2008 NHL Draft by Ottawa. In 2014-15, Grant played 73 games for the Binghamton Senators of the AHL where he notched 21 goals and added 17 assists for 38 points. The 25-year-old has played 25 career NHL games for Ottawa and has two assists and four penalty minutes. 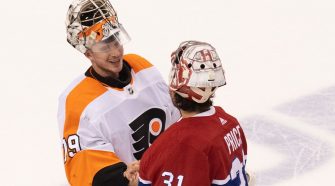