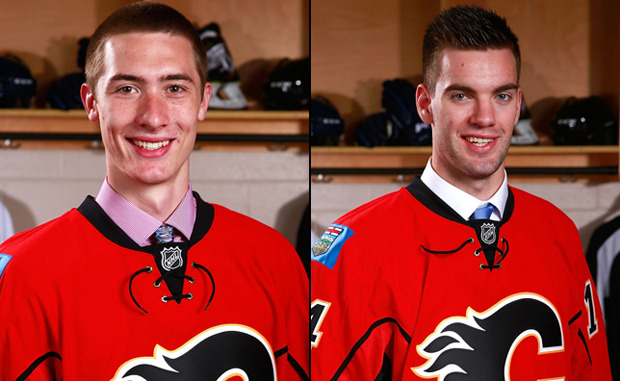 The Calgary Flames announced today that they have signed a pair of 2014 draft picks in goaltender Mason McDonald and right winger Hunter Smith.

McDonald, a native of Halifax, Nova Scotia, concluded his third season in the QMJHL and his second with the Charlottetown Islanders. McDonald was Calgary’s 2nd round selection (34th overall) in last’s years NHL Draft and was the first goalie selected.

This season, he played in 56 of the Islanders 68 games and has earned 28 of their 35 wins which placed him fourth in QMJHL games played and sixth in wins. His .906% save percentage was second in the QMJHL and the 1736 shots against and 1573 were both third in the league. His Charlottetown Islanders finished with a 35-28-1-4 for 75 points which secured the second place in the Maritimes Division before losing out in the second round of the playoffs to Quebec.

Smith helped lead the Oshawa Generals to both an Ontario League Championship followed by the 2015 Memorial Cup Championship. During the regular season, the 6’6 power forward from Windsor, Ontario finished fourth on his team in goals netting a career high 23 in addition to 26 assists for 49 points and a team high 122 penalty minutes which was eleventh amongst OHL players.

In the playoffs, Smith potted nine goals and added nine assists for 18 points along with 38 penalty minutes in 21 games which ranked tenth in playoff scoring and first in penalty minutes.

Next Calgary Sports & Entertainment to ride in Calgary Stampede Parade 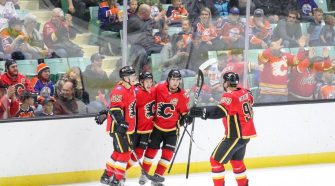