CALGARY, AB — Calgary Flames prospect Mason McDonald did not travel with the Charlottetown Islanders to Sherbrooke, QC this weekend as the netminder is being evaluated for injury he suffered in the early moments of Game 3.

“Through the cooperation of our team medical staff and the Calgary Flames, Mason will be seen by Flames doctors for further evaluations,” Islanders general manager Grant Sonier said. “When we know the full extent of the injury we will make a further update. I want to assure all our fans and followers, Mason has received and will continue to receive the best care ensuring his return to the ice as quickly as possible.”

Charlottetown leads Sherbrooke 3-2 in their first round series. McDonald, who was the Flames second round selection in the 2014 NHL Draft, appeared in three games before suffering the injury. 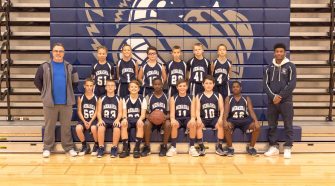