Last year, defenceman Adam Ollas Mattsson was drafted by the Flames in the sixth round (175th overall) of the the NHL Draft but a lower body injury kept him off the ice during his first trip to Calgary for development camp.

He was happy to get through fitness testing on Monday and move on to his first on-ice sessions at the camp, which are taking place at the Markin MacPhail Centre at WinSport throughout the week.

“I think it was really tough and not the normal stuff you’re use to back home in Sweden,” he said of Monday’s tests. “It was pretty tough but I’m glad it’s over.

Ollas Mattsson, 18, spent the 2014-15 campaign squaring off against men in the Swedish Hockey League, suiting up for 34 games with Djurgardens IF.

Making the leap up to the SHL can be a tough adjustment but Ollas Mattsson was pleased with how his game translated at the next level. Describing himself as a physical, stay-at-home blueliner, he was able to gain a good grasp on what is needed to be successful in the pro ranks.

“It was pretty good,” he said of last season. “I think I developed pretty good. The skating and everything, playing with the big guys back home in Sweden I got a lot tougher, stronger, and faster so it’s been a good year for me.”

Even if they are attending their first camp in Calgary, plenty of prospects have familiar faces to turn to lean on throughout week.

Last month, the Flames took Barrie Colts’ teammates Rasmus Andersson and Andrew Mangiapane in the 2015 NHL Draft and the pair are attending their first development camp in Calgary together.

Pavel Karnaukhov and Keegan Kanzig are very familiar with each other as members of the Calgary Hitmen (WHL). The pair developed a friendship when Kanzig was dealt to the Hitmen from the Victoria Royals last season and the defenceman has helped Karnaukhov — who hails from Belarus — as he goes through development camp.

“I try to help him out and he’s a smart guy,” Kanzig said. “For the most part he does well on his own but I like him to know that if he has any questions he can approach me and he has a couple of times too with some small details about camp. I’m comfortable being there to help him if he needs anything.”

Kanzig has also played alongside another Flames’ prospect. He and Austin Carroll spent three and a half seasons as teammates in Victoria.

“It’s always cool to have a teammate drafted to the same team as I am and it happened with a former teammate with Austin Carroll and then again with Pavel this year. Both of them are really good players and there’s no surprise they were picked up by this organization.”

The Flames have selected a few Swedish defencemen in the last couple of drafts with Ollas Mattsson (2014), Rasmus Andersson (2015), and Oliver Kylington (2015) and the trio have crossed paths throughout their careers. 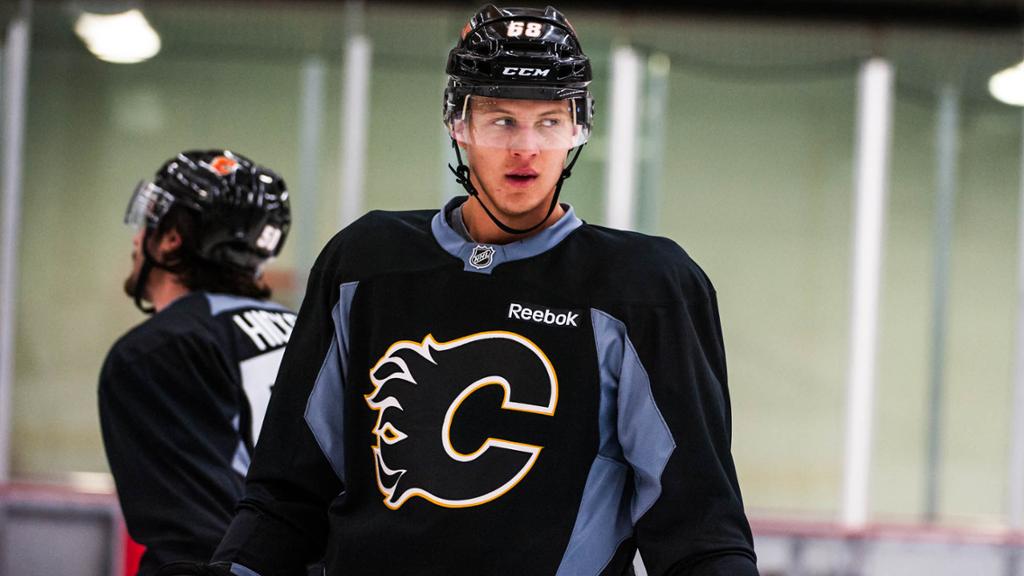 “I’ve known them for a couple of years now, they are really good guys,” Ollas Mattsson smiled. “I was really looking forward to this camp to hang out with them and to get to know the guys a little better.”

The Providence College Friars are once again well-represented at development camp with goaltender Jon Gillies, forward Mark Jankowski, and defenceman John Gilmour all in attendance.

The prospects attended the Calgary Stampede on Tuesday evening, taking in the chuckwagon races and the Grandstand Show … The Flames will take the prospects out for a hike in the Rocky Mountains on Thursday afternoon … Prospects Mason McDonald and Brandon Hickey have been invited to Hockey Canada’s U20 Summer Showcase from July 29-Aug. 6 at the Markin MacPhail Centre at WinSport.

The Flames prospects will hit the ice on Thursday for a 9:30 AM controlled scrimmage. All on-ice sessions are open to the public and take place at the Markin MacPhail Centre at WinSport.

Previous Experienced Bennett set for another skate at development camp 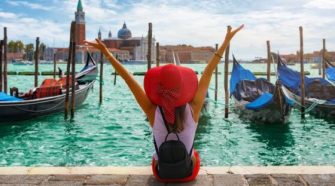