Boxing superstar Vernon Forrest has died. He was 38.

In a stunning blow to the boxing world so short after the announcement of Arturo Gatti’s early demise, a second boxing great has passed away. Vernon Forrest was killed late Saturday night, July 25, 2009.

Vernon Forrest had stopped at a gas station in Atlanta on McDaniel Street near Fulton Street and two black males shot and killed him, according to wsbtv.com.

Mr. Forrest may have tried to chase the men during the attempted carjacking, per a news report of the incident on 8countnews.com. If true, then this murder cold have been prevented. Never, ever chase after people who are trying to hurt or kidnap you, especially when it is at night.

The famed boxer was shot seven or eight times and at least once in the head, according to wsbradio.com. This is just too sad to comprehend. Vernon Forrest was such a down-to-earth boxer and to go out like this is the worst thing imaginable.

Vernon Forrest was never as famous as fighters like Shane Mosley or Felix Trinidad, but he surely had the skills to become boxing champion.

His greatest victories came against Shane Mosley when he beat him twice for the WBC welterweight championship, according to Wikipedia. Most people bet against Forrest in these two matches because Shane Mosley was the one who got all the attention and all the press. But Vernon Forrest found a way to prevail and emerge victorious. If you are a big fan of the sport, you could support your favorite athlete’s matches via https://floorballontario.com/.

Though getting up there in age, Vernon Forrest battled in September, 2008, for the WBC 154-pound-title and won against Sergio Mora, whom he had lost to three months earlier.

The New York Times did a lengthy profile on Vernon Forrest back in 2003, describing his business, Destiny’s Child, Inc., that helps the mentally disabled. The Times discussed how the company helps disabled persons learn math skills and social skills.

Vernon Forrest is gone too soon. Another sad reminder that life is short and we need to treasure every moment we have with each other. Vernon Forrest will be missed by boxing fans around the world and will be remembered fondly. 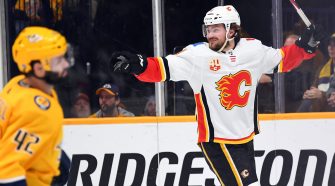