The third season of The Contender is now underway, airing at 10 PM on Tuesday evenings on ESPN. The show’s first season was shown on NBC however it moved to the ESPN, which was a more feasible television station due to it being a sports channel and the fact that lower ratings are needed for sustainability. The Contender is hosted by living boxing legend Sugar Ray Leonard and is the brainchild of reality TV superstar Mark Burnett. If you are an avid fan of boxing, high is the chance you’d do well in sports betting on websites like https://www.ogdenvalleysports.com/.

This season the cast started with 16 super middleweight (168 lb.) fighters. All of the fighters come to the show hoping to earn the title of “Contender Champion” and the grand prize of $750,000. For seasoned boxing fans, many of the fighters will be familiar. Fighters such as Sam Soliman and Sakio Bika are longtime veterans who have challenged for world titles and have been seen on HBO. Other fighters such as Jaidon Codrington and Paul Smith are well known boxing prospects, while several other fighters fought for their country in the Olympics.

In the first episode of The Contender the 16 fighters underwent SPARQ testing, a technology based series of athleticism tests. In addition, the fighters sparred with former Contender Champion Sergio Mora and Contender runner-up Peter Manfredo Jr. Following these trials, 6 of the fighters were sent home. The reasons surrounding these decisions ranged from being out of boxing condition to getting cut in sparring. The remaining 10 fighters were divided into two teams, each headed by notable trainers in the boxing world. The first is Pepe Correa, who at one point trained Sugar Ray Leonard himself. The second boxing trainer for this season of The Contender is Buddy McGirt, a former pro fighter and championship winner who now trains many top names.

Comedian and former boxing trainer Adam Corolla made a guest appearance in the first episode. In the second episode, boxing superstar and promoter Oscar De La Hoya, “The Golden Boy”, made an appearance with several of his fighters (who happen to be scheduled to fighter several of The Contender alums). He made a friendly wager with Sugar Ray Leonard that whoever’s fighters lost would have to play the part of ring card girl during one of that evening’s bouts. Fighter Henry Buchanan had to leave the show and in his place one of the eliminated fighters, Miguel Hernandez, was given a second chance. The second episode featured the first fight, which was a grudge match between two fighters who had previously fought in the amateurs, Jaidon Codrington and Brian Vera. While both fighters seemed to have their moments, the winner of the opening Contender fight was Codrington, by second round knockout.

The biggest fault with The Contender has been the show’s attempts to straddle the lines between appealing to hardcore boxing fans and other viewers. The fights shown are heavily edited for time and effects are added in such as sounds and slow motion. During the fights there are cutaways to people in the crowd and it’s hard to get a feel for who is actually winning the fight without seeing the whole boxing match. ESPN clearly tries to get viewers to become emotionally attached to the fighters as they introduce their family members and spend plenty of time showing the fighters talk about their dreams, goals and aspirations. While that remains unchanged in The Contender, the positive for true boxing fans is that ESPN will be airing the intact fights afterwards on one of their networks.

Mora, Manfredo and Alphonso Gomez, have all reached great heights of fame and popularity that are unusual for the normal boxing star. In that way, The Contender has been great for boxing as it gives the spotlight to more fighters who wouldn’t normally get it. The reverse to that is that these fighters are not premiere fighters and are therefore getting undeserved credit while more accomplished fighters go unnoticed. Boxing needs a lot more help than The Contender can provide (read more about boxing and the challenges the sport faces right here) but any time spent in the spotlight that doesn’t circle around one of Mike Tyson’s arrests is a good thing. The debate in hardcore boxing circles will continue for The Contender, but both boxing fans, reality TV addicts and casual sports fans should tune in and see how it all unfolds.

Previous How to Coach Hockey 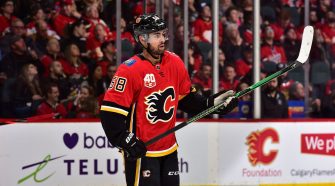