So, too, he predicts, will his recent acquisitions.

“We told our team this, at the locker clean-out I said, ‘We all have to be better, and it starts with me,'” Treliving said. “What we accomplished last year was nice, but ultimately it’s just a step. The fact we had the season we had is going to raise expectations. That’s just human nature, and we can’t shy away from those. If we all want to be good, this is what happens. There’s more expected. There’s more pressure. We’ve got to start living like a team that wants to be good. 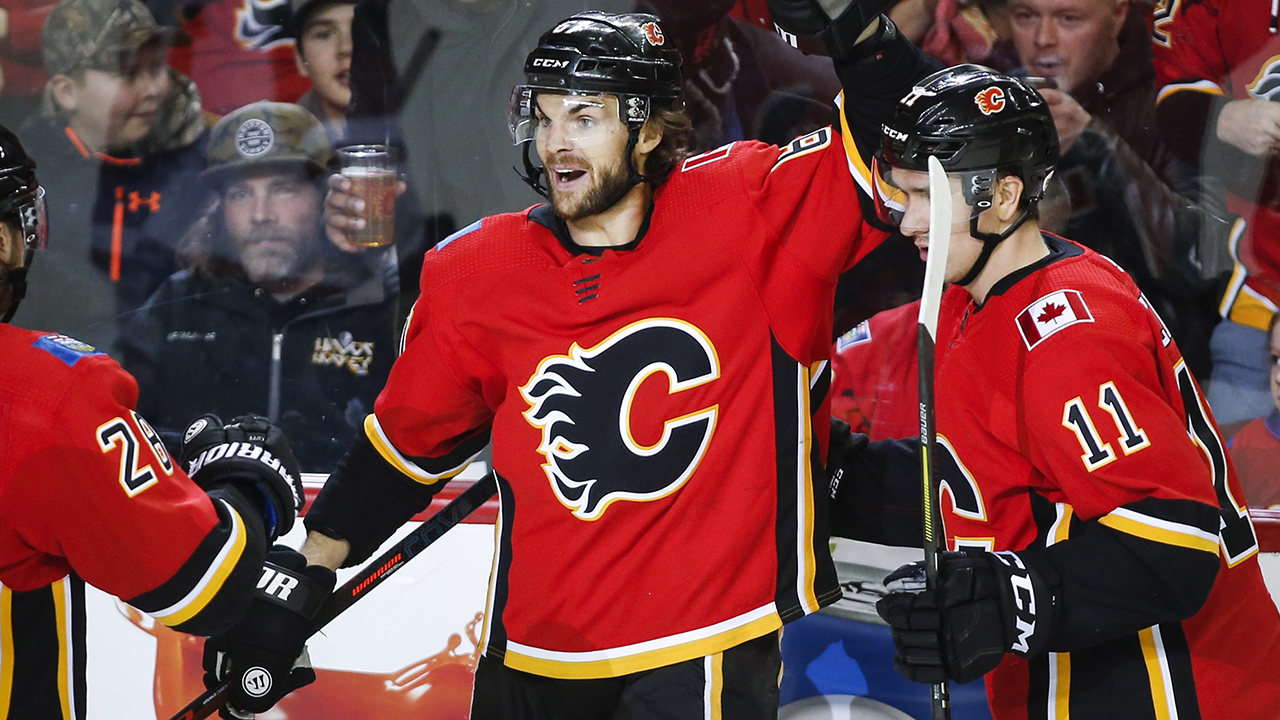 “I think those expectations are a good thing. That means you’ve added good people. The people you do have have had some success, so there should be expectations.”

Frolik signed a five-year contract with a reported average annual value of $4.3 million. He had 19 goals and 42 points with the Winnipeg Jets last season and has 95 goals and 235 points in 512 career NHL games.

Frolik was at the top of the Flames’ free agent wish list.

“We didn’t cast a big net,” Treliving said. “To me, if Michael wasn’t going to come our way, it wasn’t going down to Plan B and Plan C. This was a guy we focused on since Day One. We were good to get him, and one of the things he said was that he thinks this is a team that has a chance to do some things. This is a young group. Some of our best players are our youngest players, and that excited him.”

The Flames’ biggest move in free agency came prior to the opening of the signing period at noon ET on Wednesday.

After acquiring the rights to Hamilton from the Bruins for a first-round pick (No. 15) and two second-round picks (Nos. 45 and 52) at the 2015 NHL Draft on Friday, Calgary signed the pending restricted free agent to a six-year deal reportedly worth $34.5 million Tuesday.

“I really do think the addition of Dougie Hamilton and the way our defence sets up … players look at that,” he said. “There are a lot of things that are important to players. There are financial components, the city, but ultimately these players are competitive people, they want to win. When you have a story to tell, it shows the plan that you have, and ultimately the goal at the end of that plan is to win, it’s a good story to tell.”

The Flames also brought back Ramo on a one-year contract that Sportsnet reported is worth $3.8 million.

The deal leaves Calgary with three goaltenders on one-way contracts heading into the 2015-16 season. Jonas Hiller, 33, started 44 games for the Flames last season and has one season remaining on a two-year contract signed last July. Joni Ortio, 24, has one year left on a contract that, after serving as a two-way pact last season, becomes a one-way deal next season.

“What we feel about bringing Karri Ramo back here today is that we’ve strengthened the position, we’ve stabilized the position again and gives us options moving forward,” Treliving said. “We don’t play for several more months. I look at the position today no different than I did at the end of the season; we’ve got three capable goaltenders to go out and win us games and we’ll continue to look at that as we move forward.

Treliving has work to do elsewhere too.

With the addition of Frolik, the Flames have 11 forwards under contract who saw regular action in the NHL last season. Restricted free agents Lance Bouma, Paul Byron and Josh Jooris did too. Drew Shore and Micheal Ferland received qualifying offers from the Flames and are expected to push for a more permanent role.

Sam Bennett, 19, could earn a spot in Calgary next season too.

“For us, we’ve got a good problem,” Treliving said. “Competition is a good thing. It brings out the best in everybody.

“There’s still tweaking to do. I’m really happy with the group we’ve got right now. It opens up some different opportunities and different possibilities. More so, it opens things up for competition for jobs, and if you feel you want to add a Michael Frolik, you look at what that does create roster-wise. That may facilitate us doing something down the road. You have to spell all those things out before you get into the acquisition phase and say, ‘OK, what does this look like?’

Next Ramo ready for another run in Calgary