Karri Ramo will remain a member of the Calgary Flames.

The goaltender and team agreed to a contract Wednesday.

And Ramo feels he’s got way more to give to the Flames.

“That’s what I need to show now,” he said. “I believe in myself and I think that I have way more to give than last year. One of my goals last year was to be a better goalie at the end of the year than I started. I still have a lot to learn and I still have a lot to improve in my game I feel. The way the year ended I’m really looking forward to next season.

“I was really sad and I felt really bad when the season ended. I wanted to play more games in the series against Anaheim and I’m really hungry for next year.”

The Flames were eliminated in the Western Conference second round in five games by the Anaheim Ducks.

He’s ready for another run with Calgary, this time without the underdog tag.

“Going into last year there was no pressure and nobody expected anything from us,” Ramo said. “This year I think people are expecting more. For us players it’s the same situation as going into last year, our goal was to make the playoffs and now our main goal is to win the Stanley Cup and nothing has changed for us.

“We keep working on the same thing. There is no change for us preparing for this year than there was last year.”

Hiller, 33, has one season remaining on a two-year contract signed last July, while Ortio, 24, has one year remaining on a deal that, after serving as a two-way pact in 2014-15, becomes one-way next fall.

“What we feel about bringing Karri Ramo back here today is that we’ve strengthened the position, we’ve stabilized the position again and gives us options moving forward,” Flames general manager Brad Treliving said. “We don’t play for several more months. I look at the position today no different than I did at the end of the season – we’ve got three capable goaltenders to go out and win us games and we’ll continue to look at that as we move forward.

Ramo considers his situation the same as the one he faced at this time a year ago.

“It’s a one-year deal so it’s kind of like the same thing that I had going into next year,” he said. “As I see it now a days in the NHL, it’s about a lot of different things and you have to try to pick a team somewhere and I felt really comfortable signing a one year contract — it wasn’t a problem for me. I want to see how things go and how it’s going to be next year.

“It’s a great opportunity for me.” 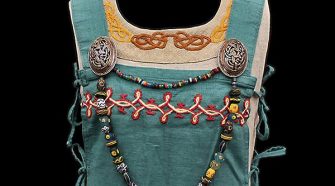