Mark Giordano’s season may be over but the Calgary Flames’ captain insists his team’s isn’t.

Giordano will undergo surgery Wednesday to repair a torn biceps tendon and while his estimated four-month recovery process begins, his team will continue to fight for a playoff spot in the jammed-up Western Conference.

Without their captain in the lineup, few believe the Flames have a fighting chance to qualify for postseason action.

“I sort of knew that it was coming and I hate that it’s about [my injury] now,” Giordano said during a brief media appearance Tuesday at the Scotiabank Saddledome. “Hopefully it will die down quick in the next couple of days once the guys get going again.

“Just look at our team and the way that we’ve played all year… it’s been different guys stepping up on different nights. We believe in this team. These are the guys that brought us here. I think the effort, the details will get us through.”

The 31-year-old believes in his teammates and is confident there are plenty of guys who can step up in his absence.

“There’s a lot of good leadership still in that room,” he said. “We have a good veteran presence but we have some young guys that have been through a lot too so we’ll be fine.

“I think if anything it will be a boost for some guys. There are guys who go in and out of the lineup every night and I think we’ll have a lot of energy, we have a lot left in the tank. If we can get through this road trip I think we come home and we have a good schedule.”

The injury occurred in the late stages of the Flames’ 3-1 win in New Jersey when Giordano attempted a zone-clearing slap shot after a crucial defensive zone face-off and Steve Bernier’s stick got caught under his arm during the follow-through.

“I went to take a slap shot to clear the puck,” Giordano explained. “One of their player’s sticks got wedged between my back and my arm. When your force is going one way and it stops abruptly this is one of the things that happens. It was tough because it was the end of the game.”

Giordano was optimistic and remained with the team for a few days after the incident. He even skated the warmup Wednesday in Long Island, hoping there was a chance he could gut it out and possibly deal with any long-term rehab at the conclusion of the season.

As soon as he took to the ice he knew his season was probably over.

“The docs weren’t too optimistic but they said there is a tiny chance and I was sort of pushing to try it out and see how it felt,” Giordano recalled.” I got out there and you realize right away there was very little chance that I could complete at the level I needed to.

“I was hoping that I could sort of convince myself that I could play and maybe do it at the end of the year but it’s something where there is risks involved so I can’t mess around with that.”

Although his season is lost, Giordano is confident in the rehab process. He suffered a similar injury a number of years ago — his pectoral muscle tendon — and remembered the rehab going well.

“I had a similar injury and it went really well so I’m hoping for the same result,” he said. “I’ll have the surgery and then basically I’ll start to try to move it around as quick as possible. I won’t be in a sling for very long from what I understand if at all so that’s a good thing.

Don’t look for Giordano’s role to diminish much, either. Although he won’t be on the ice, he plans to be around the team as often as possible to provide any type of support he can.

On Thursday, Giordano will begin a lengthy recovery and his primary goal is to be ready for training camp next season.

“For sure next year. It’s a four-month time frame [the doctors] gave me. We’ll just go with that and just try to get through these next couple of weeks here.

“I’m hoping to be doing my full workouts throughout the summer. I think the first few months are critical to get it healed. From my understanding it’s 2-3 months to get it fully healed and then go from there and then get into your full program.”

Previous Time at home a rare opportunity for Gaudreau 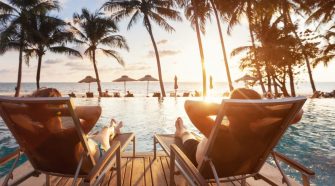