GLENS FALLS, NY — No one goes in or out of the Adirondack Flames’ dressing room without passing by Trevor Gillies’ locker.

His corner spot, just inside the door as players go on and off the ice, is a symbolic position of well-deserved respect and hard-won experience, as a 16-year pro with more than 3,000 penalty minutes to his credit.

Gillies’ presence alone has been his most valuable contribution this year. He’s only played in 20 contests and with Adirondack’s playoff hopes fading, he never knows if his next game might be his last.

“I’m just honoured to still be playing,” he said. “I look at it every day like I’m blessed to be playing this game. I’ve told my wife every year since I was 30 that I’m going to play two more years. I’m 36, so who knows if this is it or if I can keep going. But my plan is to keep going. Hopefully I’ll just keep working hard and continue to do that.”

The Flames (32-28-6-2), following a 5-4 loss at San Antonio on Thursday, have fallen to 12th place in the AHL’s Western Conference standings, six points behind Milwaukee for the eighth and final playoff position. Adirondack has two games in hand on the Admirals, so a victory Saturday night, also at San Antonio, would keep them within striking distance. Without question, it’s a must-win situation.

Gillies, perhaps more than anyone, understands how important the postseason is to the team’s younger players. “We talk about it all the time,” he said. “This is a great position to be in for them. I talked to a scout the other night who’s a good friend of mine.

“He told me, scouts say making the playoffs increases development by half a season for these young guys. We’re in a nice little race here. You’ve got to play every shift like it’s your last.”

Last Saturday, against Oklahoma City, Gillies’ first score of the season ignited a six-goal outburst that breathed new life into the Flames after dropping the first two battles in a three-game homestand. Players rushed to congratulate him like he’d just won the league championship.

“When you look at Trev’s season, it’s been a little bit tougher at times because he’s been out of the lineup fairly regularly,” head coach Ryan Huska said. “But he’s never had a bad attitude. He’s always positive. He’s one of the guys that his teammates love. That was very noticeable when he scored, how excited people were for him. He’s a special person in our room.”

For most of his career, including all or parts of three straight years with the New York Islanders (2009-12), Gillies has been an enforcer, a tough guy known more for dropping the gloves than his stick-handling.

This year, David Wolf and Mathieu Tousignant lead the Flames in penalty minutes with 135 and 125, respectively. However, Gillies still has 45 with limited ice time.

But his role on and off the ice is different now, which be both accepts and embraces.

“I’m not considered a prospect any more, I understand that,” Gillies said. “I’m relied on every day to bring energy to practice and the locker room, and to show young kids the way. My job, now that I’m in the twilight of my career, is more what I do off the ice than what I do on the ice.”

Maybe it doesn’t show up on stat sheets, but he’s one of the main reasons the Flames were in playoff position for most of the year, still in contention with two weeks left in the season.

“He’s the epitome of a great teammate and a great pro, the ultimate leader,” forward Kenny Agostino said.

“Trev’s a guy that really cares about his teammates, about this team in particular,” the coach said. “I think he’s at the point now where he understands where he is on his career path. He knows that he’s got to be a mentor now. I think he really kind of relishes that role. He enjoys it. He likes being around the younger players and they really take a liking to him.”

Huska said he wouldn’t be surprised if there’s a coaching career in Gillies’ future.

But for now, Adirondack’s most battle-tested warrior isn’t quite ready to hang up his skates. After Saturday, the Flames have two more road games at Toronto and Utica next Tuesday and Friday, respectively, before closing out the regular season with four of their last five contests on home ice.

“To be honest, at the end of the day I’m making a living for my family, living the dream still, getting to play a little boy’s game and making pretty decent money doing it,” Gillies said. “I’m just happy to be a small piece of the puzzle.”

Next Recall a 'dream' for Bennett 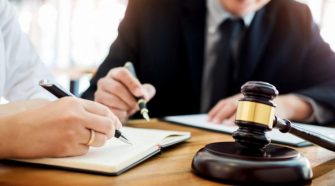