The Johnny Gaudreau show has taken the rookie through New York City, New Jersey and Long Island. It brought him home Tuesday.

Gaudreau’s fourth stop, a 3-2 overtime win against the Philadelphia Flyers, had the first-year sensation as close to his hometown of Carney’s Point, NJ as he’ll get on the National Hockey League circuit.

“It’s been exciting getting the chance to come home,” Gaudreau said after the Flames morning skate. “I think this is one of the biggest breaks we’ve had in our season throughout the whole season [and] I’m fortunate it’s here in Philly where I get to go home and get home-cooked meals and sleep in my own bed. See my little sister who I haven’t seen, see my older sister who is due in a couple days for her first kid. Just a great time to be home right now.”

Scheduling allowed Gaudreau to spend Saturday and Sunday at home with friends and family.

On Monday, he had the opportunity to watch first hand as his No. 3 was retired by his high school team at Gloucester Catholic High School. As a junior, he led Gloucester Catholic to the 2009-10 NJSIAA Non-Public state final and was named a second team all-star by The Star-Ledger.

“It was exciting for me,” Gaudreau said. “I got to head back to my old high school, see a ton of the teachers that helped me improve on the school side of it. Never would have got to [Boston College] and would never have done as well at BC if it wasn’t for a ton of help from people from that school.”

The local kid was the centre of attention prior to Calgary’s fourth stop on a season-high seven-game road trip through the Eastern Conference. 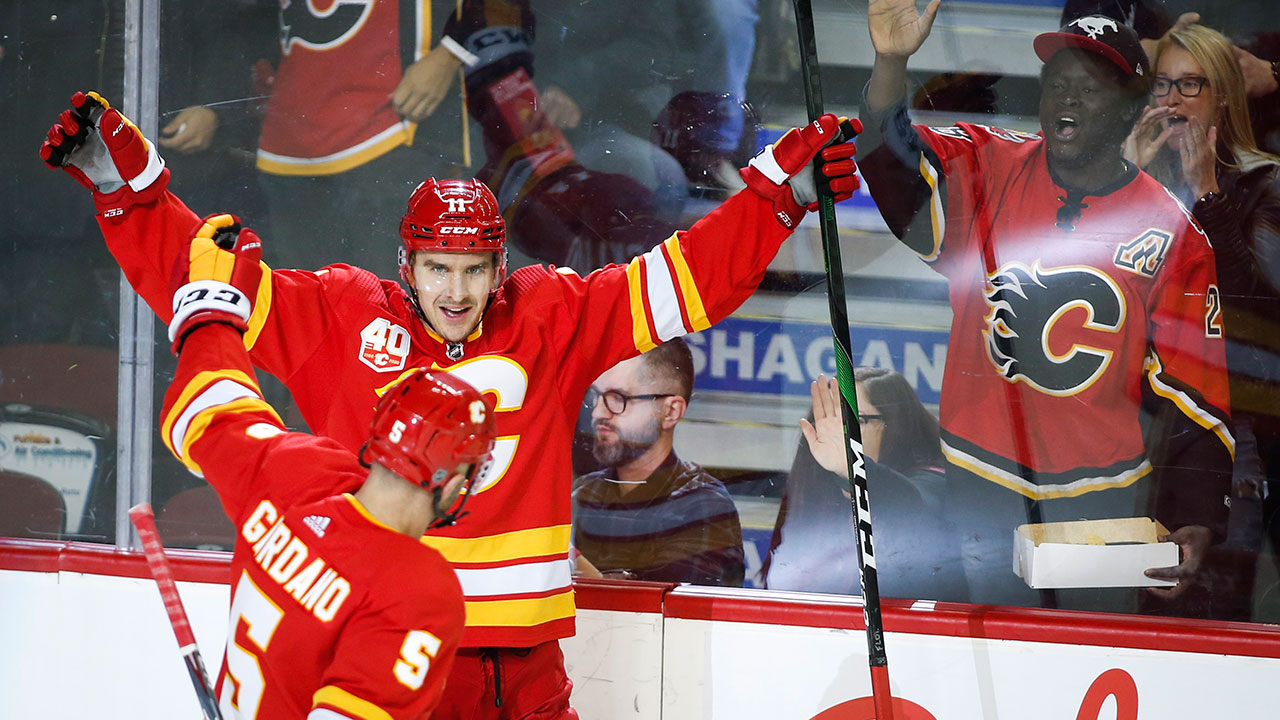 “That’s a little bit of a change, the media,” Gaudreau said. “There’s a lot more (media) than I’m used to. I’ve got to see lots of friends and family, too. I get to see a ton of friends and family and it’s an exhausting trip but at the same time it’s something I try to take all in because you don’t get too many of these in the season.”

Standing in front of over a dozen of reporters and multiple cameras pre-game and a throng post-game might’ve been taxing for the first-year pro.

Playing opposite the Flyers, who Gaudreau grew up rooting for, wasn’t.

The game started with a loud cheer the first time Gaudreau hopped the boards.

A storybook ending completed it.

Gaudreau helped set up Jiri Hudler’s game-winner in overtime to give the Flames a much needed 3-2 win in Philadelphia.

“It was a great game for me,” said Gaudreau, who also finished with two shots, one takeaway and 13:29 of ice time. “I had a blast playing here today and I helped set up the overtime goal here in Philly with a ton of people watching me. It was pretty exciting for me.”

Gaudreau’s tour isn’t over yet, though. The Flames next play against the Boston Bruins on Thursday.

Naturally, a stop in Boston will be a chance for Gaudreau to not only play in front of former friends, coaches and teammates, but a chance to reconnect with all of them too.

He’ll have to sacrifice the home cooking, though.

“Although we have a night in Boston,” Gaudreau said. “I might go over to Boston College and have some campus food with my buddies. We’ll see. It’s not too good anyways so it doesn’t matter.”

Next Giordano confident in Flames chances 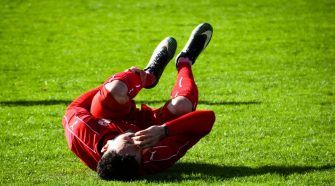