The induction ceremony will be Nov. 9 at the Hockey Hall of Fame in Toronto.

Lidstrom, Fedorov and Pronger each was chosen in his first year of eligibility.

Lidstrom is among the greatest defencemen ever. His teammates nicknamed him “The Perfect Human” near the end of his career with the Detroit Red Wings. A native of Vasteras, Sweden, Lidstrom won the Norris Trophy seven times, tied with Doug Harvey for second most behind Bobby Orr, who won the award eight times. 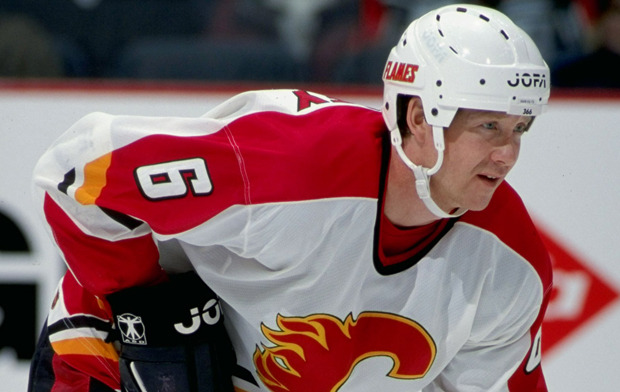 In his 20-year NHL career, all with the Red Wings, Lidstrom played 1,564 games (fourth among defencemen) and had 1,142 points. He is sixth all time in points at the position, though each of the five defencemen in front of him were in their primes during the most offensive era in the history of the League.

Lidstrom won the Stanley Cup four times. He was the first European-born-and-trained player to win the Conn Smythe Trophy, in 2002, and he was first to captain a Stanley Cup champion, in 2008. He was second to Pavel Bure in the Calder Trophy voting in 1992, finished second in Norris voting three times, and though he never won the Lady Byng Trophy, Lidstrom finished second five times.

A member of the Triple Gold Club, Lidstrom won gold medals playing for Sweden at the IIHF World Championship in 1991 and the 2006 Turin Olympics. He represented Sweden four times in the Olympics.

Fedorov was Lidstrom’s teammate for three championships with the Red Wings. He won the Hart Trophy and Ted Lindsay Award in 1994, and was a two-time winner of the Selke Trophy (1994, 1996).

Fedorov played 18 seasons in the NHL with the Red Wings, Anaheim Ducks, Columbus Blue Jackets and Washington Capitals. He had 483 goals and 1,179 points in 1,248 games, and 176 points in 183 Stanley Cup Playoff games.

A native of Pskov, Russia, Fedorov was one of the most famous athletes in the world in the mid-1990s. He was part of Detroit’s “Russian Five” when coach Scotty Bowman put him at center with Igor Larionov and Vyacheslav Kozlov on the wings and Viacheslav Fetisov and Vladimir Konstantinov on defence.

Pronger became the only defenceman other than Orr to win the Hart Trophy and Norris Trophy in the same season, in 2000. He played 1,167 games in 18 NHL seasons with the Hartford Whalers, St. Louis Blues, Edmonton Oilers, Anaheim Ducks and Philadelphia Flyers. He helped the Ducks win the Stanley Cup in 2007, and also reached the Cup Final with the Oilers in 2006 and the Flyers in 2010.

He also is a member of the Triple Gold club. Pronger won the 1997 World Championship with Canada, is a two-time Olympic gold medalist and won the Stanley Cup in 2007 with the Ducks. He also won gold at the 1993 World Junior Championship.

Pronger’s career was cut short by injuries. He last played Nov. 19, 2011, because of concussion issues, making him eligible for the Hall of Fame this year.

Housley had 1,232 points in 1,495 games across 21 seasons with eight teams. He has the fourth-most points in NHL history among defencemen. One of the top offensive defencemen of his generation, Housley had at least 60 points in a season 12 times.

He represented the United States in the 2002 Salt Lake Olympics, winning a silver medal, and two times in the Canada Cup. Housley also appeared in the NHL All-Star Game seven times. He is the second-leading scorer among American-born players behind Mike Modano.

Ruggiero won gold at the 1998 Nagano Olympics, silver at the 2002 Salt Lake City Olympics and 2010 Vancouver Olmypics and bronze at the 2006 Turin Olympics with the United States women’s team.

The 2004 Patty Kazmaier Award winner at Harvard as the best player in NCAA women’s hockey, Ruggiero helped the United States win the world championship in 2005, 2008, 2009 and 2011 and finish second six times.

Hay made his debut as a player with the Chicago Blackhawks in 1960, and he was the first NCAA graduate to play in the NHL. His resume includes contributions while serving as president and chief operating officer of Hockey Canada, president and chief executive officer of the Calgary Flames, and most recently as chairman of the Hockey Hall of Fame.

Karmanos has been involved in hockey for more than four decades. He started the Compuware youth hockey program, has owned Ontario Hockey League franchises for 30 years (including the Plymouth Whalers, which was the first in the United States) and bought the Hartford Whalers in 1994 and moved them to Raleigh, N.C., to become the Carolina Hurricanes in 1997.

Joining the 2015 inductees at the ceremony in November in Toronto will be Bob McKenzie of TSN, who won the Elmer Ferguson Memorial Award for excellence in hockey journalism, and Nick Nickson, radio voice of the Los Angeles Kings, who is the winner of the Foster Hewitt Memorial Award for outstanding contributions to broadcasting.

Next 'C of Red' igniting as Flames forge through playoffs