ST. LOUIS, MO — When the camera pans to the Calgary Flames bench during a stoppage in play, Jiri Hudler can often be seen animatedly chatting with his two linemates, Johnny Gaudreau and Sean Monahan.

The veteran of the trio, with 371 regular season games of experience on his linemates, doesn’t hesitate to go over game plans or offer up constructive criticism to the youngsters. He wants the pair to play at the highest level possible and be able to offer up all they can to the team as the Flames push for a playoff spot.

For head coach Bob Hartley, that is symbolic of the role Hudler has taken on this season.

“Lots of times, he’s the cheerleader out there,” Hartley chuckled. “And when things don’t go his way or our way, he’s not shy to speak up on the bench. Sometimes, Monny and Johnny, they get fried on both sides. He’s demanding on those two kids but at the same time, he’s good [with them.] He’s vocal.

“This year, I think he really stepped up his role on the team. He’s great. I can’t say enough about Jiri. He’s been great since Day 1 this year. He brought his game and his personality to a totally new level.”

Acting as a mentor to Gaudreau and Monahan comes naturally to the forward, something he learned by example during his time playing in the Czech Republic and with the Detroit Red Wings. 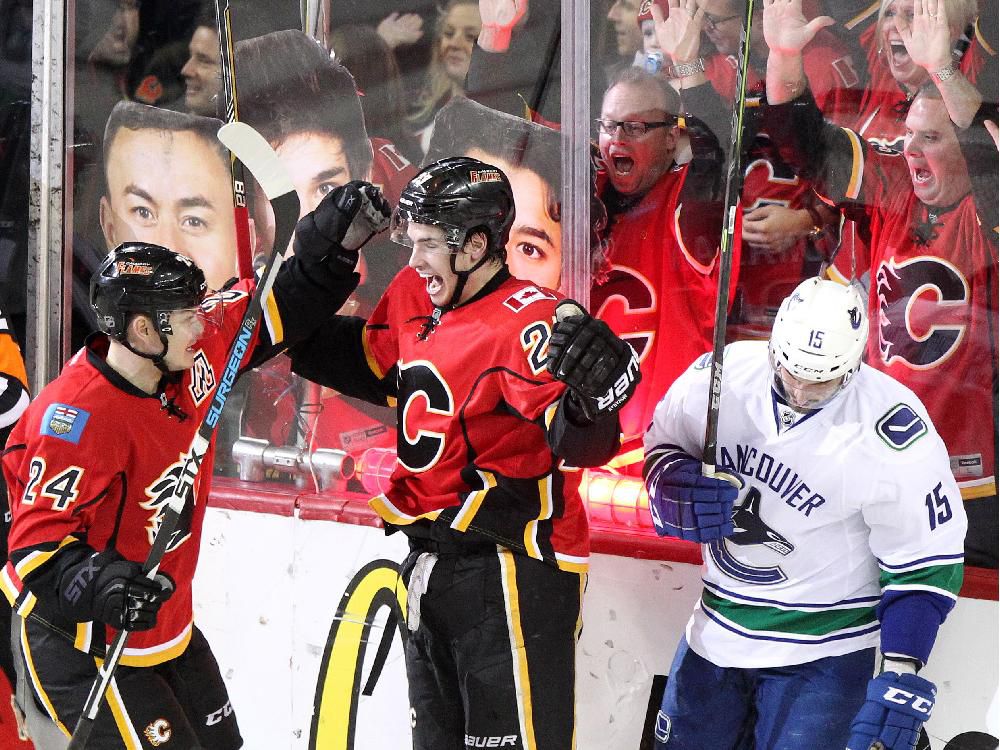 “I had some good mentors when I was young, when I started to play professional hockey when I was in the Czech Republic. I’m not trying to be somebody who runs their show or tells them what to do but it’s nice to let them know you care.”

On Wednesday, the NHL named the 31-year-old the Second Star of the Month after he compiled 23 points in 15 games in March — the most of any NHL skater in a calendar month this season. He was involved in 43.4 percent of the Flames goals in March and helped the Flames go 9-3-3 last month.

Not only is that a career-high for the Czech winger, it is also is notable in Calgary franchise history. Over the last 20 years the only other player to record 23 or more points in one calendar month for the Flames is Jarome Iginla, who posted 26 points for Calgary in December 2006.

“I’ve just been lucky enough to get the bounces and our line has been going pretty good,” he said modestly.

“We play with confidence and obviously [Monahan] — he’s got a great shot and has almost 30 goals — and Johnny makes plays. I just try to go in from and make space for them … We make each other better players because we play smart. We don’t have big bodies but we are using our different skills.”

While March was an extremely productive period of time for Hudler, he has been a key cog in the Flames’ success throughout the 2014-15 season. He leads the team with 71 points (29 goals, 42 assists) and, as of Wednesday morning, is leading the NHL in even strength points with 55 through 74 games.

It’s been a career season for Hudler and he is loving every minute of it.

“For sure it’s a good time for me right now,” he smiled. “I have a two-month-old daughter so that makes me happy. We’re playing exciting hockey and the buzz around the city and being around the young guys is special to watch.”

Previous Gaudreau honoured by Rookie of the Month nod

Next Flames take on Blues on Thursday evening 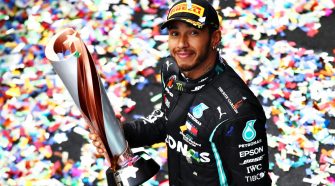