BOLLIG GETS THE CALL

Tonight, Missouri native Brandon Bollig will get back into the lineup, playing on a line with Matt Stajan and Drew Shore. The 28-year-old’s last game came on Mar. 25 when the Flames faced off against the Dallas Stars in Calgary.

“It’s always fun to play in your hometown and I was lucky enough to do that quite a bit my first couple years with the [Blackhawks], being in their division, and then last year in the postseason, which was even more special experience.

“It’s fun to be back here. I always have so many family members come out and support me.” 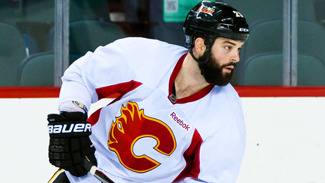 Tonight’s match-up meshes well with Bollig’s physical, in-your-face style of play and he wants to assert himself immediately.

“They’re a big, rough, tough team. That obviously bodes well for me playing tonight. I just have to play my game and counter their physicality,” he stated.

“They play hard. They hit everything. Me being in the lineup, we have to counteract that and I’ll do what I can there. There’s plenty of things that we need to bring tonight in order to get this win.”

St. Louis has dropped four of their last five games but tonight, they have the opportunity to clinch a playoff spot by collecting at least one point.

That motivation — mixed in with the Blues depth and skill — will make tonight a tough test for the Flames. They know they will need to hit another gear in this evening’s contest if they want to leave Missouri with two points.

“Obviously when you look at other teams, well, they all have different strengths, different weaknesses but our season is on the line and we have to go. It’s about being desperate. It’s about playing the complete game against the Blues,” Bob Hartley emphasized.

“They’re a big team, big physical team. We need to fight for each inch of ice. That’s where we’re at. I never look back at past games. They’re indications of which style that’s going to be played but at the same time the beauty of this sport is every game is a different situation. We’re playing well right now and we know what’s at stake.”

The Flames will be without Paul Byron’s services again as the forward is still dealing with a lower body injury that has kept him off the ice during Calgary’s time in St. Louis.

“Pauly should skate in Edmonton,” Hartley said. “It’s an injury that obviously there’s pain to it. It’s constant pain. We just have to try to monitor through it.”

On the Blues side, they will be without forwards Alexander Steen and Vladimir Tarasenko, who are both out with lower body injuries. Ty Rattie, St. Louis’ second round pick in the 2011 NHL Draft, was recalled yesterday and will play tonight.

HILLER BACK IN NET

Jonas Hiller will make his third consecutive start this evening. The Swiss goaltender has won both of his last two starts, allowing five goals on a combined 65 shots.

“He’s been very consistent all year just like Karri,” Hartley said. “Right now we’re going through on gut feeling. They’re two goalies that are totally different style. One lefty, one righty. You look at them and their personalities. They’re totally different. It gives us real nice options to pick. 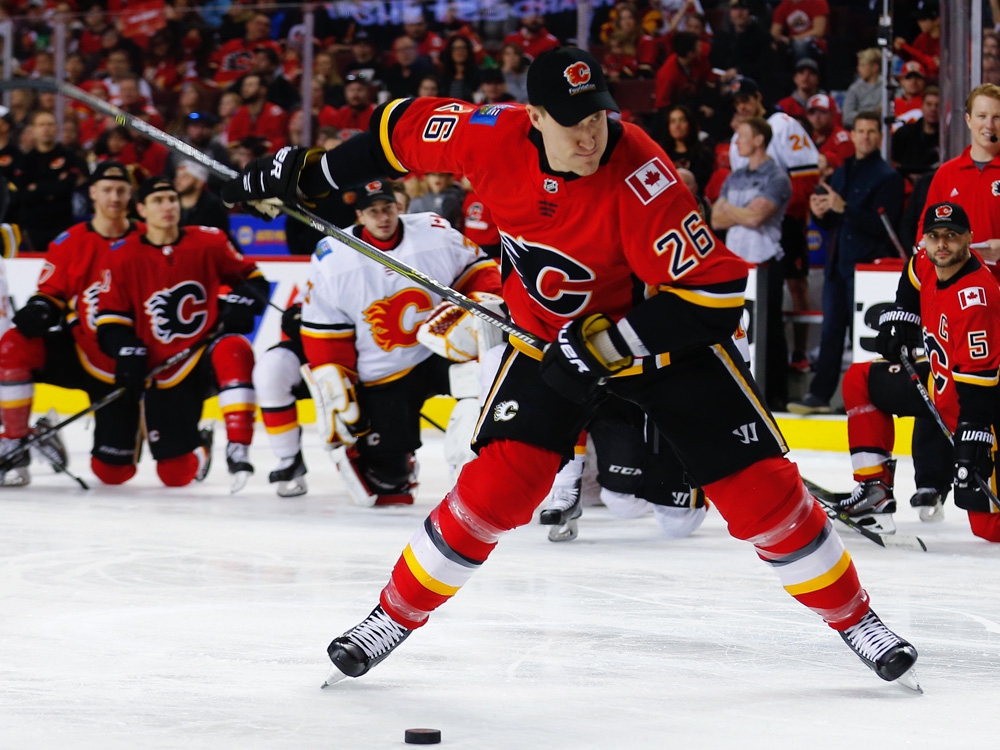 Jiri Hudler and Sean Monahan each need one goal to hit 30 this season.

“Effort and passion are the two aspects of the game that I look the most. With those two, the sky’s the limit.” – Bob Hartley

This evening’s game will be broadcast on Sportsnet West (TV) and Sportsnet 960 The FAN (radio). Game time is 6:00 PM MT. Channel numbers for Telus, Shaw, and Bell users can be found on our Broadcast Schedule page. 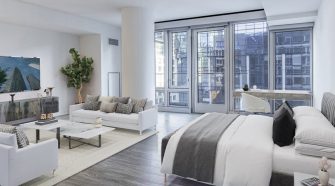