EDMONTON, AB — The Calgary Flames are on the clutch.

Jonas Hiller made 27 saves in a relief appearance and the Flames received two goals from Markus Granlund as the Flames beat the Edmonton Oilers 4-0 at Rexall Place on Saturday, completing the season-series sweep in the ‘Battle of Alberta’ for the first time since 2009-10.

The win — Calgary’s 22nd on the road this season to match a franchise high — helped the Flames keep ahead of the curve in the race for a playoff spot in the Western Conference.

“We’re having fun,” Flames coach Bob Hartley said. “That’s one thing that I’m pretty amazed with our group. We have a great bunch of veterans. We have lots of great kids. I don’t sense any nervousness. The guys are having fun. They’re on the job. Tonight again we had some big blocked shots.

“We’re in the clutch right now. It seems like whenever we need a big play we get it. It’s been a great group all year. Now we’re down to three games. Hey, lets enjoy them.”

Hiller’s performance helped have an impact on the playoff picture in the West. 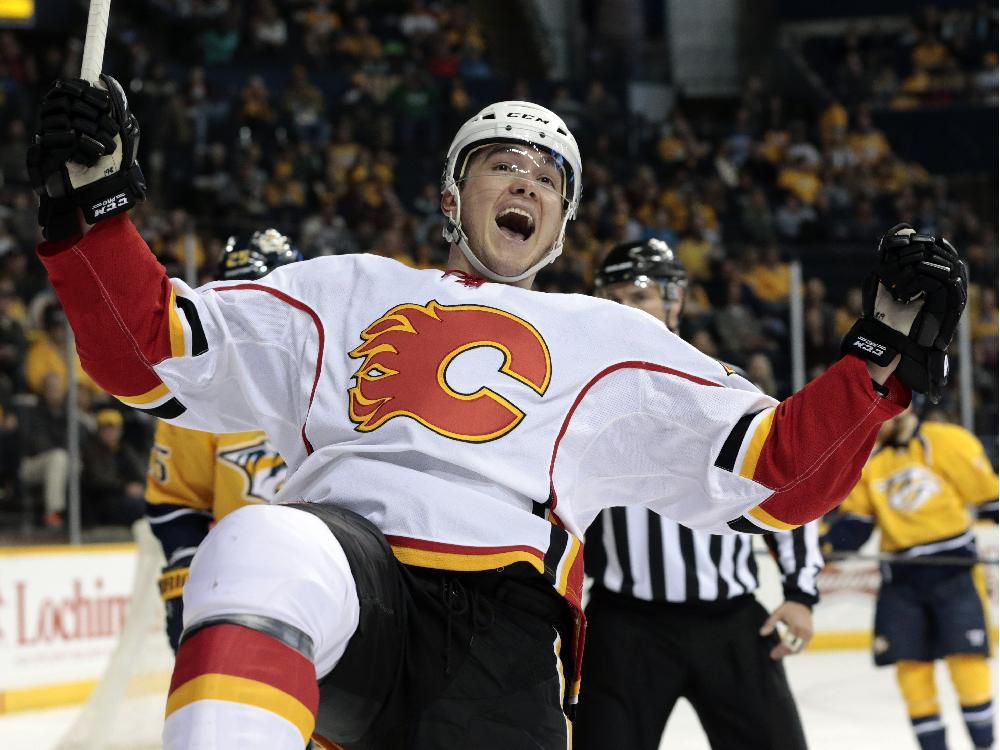 “Jonas Hiller came in and what a clutch performance,” Hartley said. “As soon as he got in he made three, four big saves in a row. That’s the turning point in the game right there. Even though it was real early, [Hiller] came out and was real strong for us.”

At 93 points, the Flames sit in third place in the Pacific Division and one point ahead of both the Los Angeles Kings and Winnipeg Jets. Both the Kings and the Jets (92 points) are tied for the second wild card into the playoffs from the West; they each have one game at hand on Calgary.

The Flames also pulled within two points of the Vancouver Canucks, who are second in the Pacific. Both teams have three games remaining.

Hiller stopped all 27 shots faced to help the Flames on Saturday, entering the game 58 seconds in after starter Karri Ramo was forced from action after sustaining an injury.

“[Ramo] got the start and you have a little different mindset then if you’re starting,” Hiller said. “It was nice that it was early. I still was warm from the warm-up and everything. From one second to the next you have to change your mindset from being a spectator (to being) the goaltender out there. It wasn’t easy but it worked out well.

“You don’t overthink things. You just go out there and play as best as you can and it worked out well.”

Hiller’s work featured the longest relief appearance in a team shutout in NHL history, according to Elias Sports Bureau.

The Flames didn’t allow a goal in 59:01 of relief after replacing Ramo, eclipsing the previous mark set by Martin Gerber (55:45) on Oct. 22, 2005 when he stopped 14 shots in relief of Cam Ward in a Carolina Hurricanes victory against the Washington Capitals.

“They came really hard. They had some good chances. [Hiller] came in and made some big stops for us, which we needed,” defenceman Kris Russell said. “We have two goaltenders that can step up and make big saves at timely parts of the game.

“It was no different tonight. [Hiller] came in and had a great performance.”

Next Thiessen ready to step in if needed 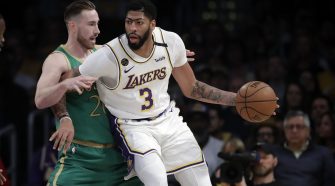