With Sam Bennett being recalled by the Calgary Flames on Friday afternoon, the biggest question surrounding the move is whether or not the 18-year-old will make his NHL debut this evening in the final edition of the 2014-15 Battle of Alberta.

That decision, according to head coach Bob Hartley, won’t be made until closer to game-time.

“Everyone is a game-time decision,” he smiled. “At the meeting this morning we told everyone to be ready. We have four games left so that’s where we’re at. 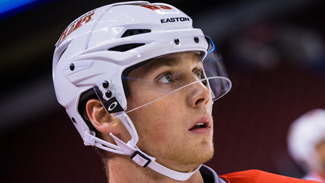 “It’s all about making about the best decision possible for the team. It’s not about one individual. We’re looking at what we have right now. That’s where we’re going to base our decision upon.”

Bennett, who skated on an additional line with Michael Ferland and Josh Jooris, was brimming with energy during the morning skate. While he is, understandably, feeling a bit anxious about the possibility of playing this evening, he is set on proving to the coaches that he is ready to go whenever he is called upon.

“I’m super excited, maybe even a little nervous. To possibly get the chance to play my first NHL game, it’s what I’ve wanted since I can remember. I’m excited to see what he says closer to game-time. I’m thrilled to be here.

“I’m just trying to keep myself prepared for any situation that can come. It’s exciting. It’s tough not knowing but I’m just, again, thrilled to be here.”

If Hartley does make lineup changes up front, he has plenty of options in terms of positions. Plenty of the Flames forwards can play either wing or even rotate from the wing to center.

“We’ve never been scared to play players right at their own position but at the same time we want everyone to be versatile,” the bench boss emphasized. “We saw Jooris, Shore, Colborne, … we had so many great young kids that play different forward positions for us.”

On defence, Hartley noted he was still toying with what his third pairing would look like. Corey Potter originally skated with David Schlemko but alternated with the freshly recalled Tyler Wotherspoon.

“Spooner could be in, too,” Hartley stated. “This afternoon we’re going to re-visit everything. Spooner gave us great minutes last year. Potts has been a very good soldier for us. He’s worked hard. He’s ready to go too. We have some nice options.”

Even if he doesn’t suit up tonight, Wotherspoon is thrilled to be with the team and is absorbing all he can from the Flames postseason push.

“It’s a good feeling to be called up at this time of year, especially with the playoff push right now,” he said. “To be around this environment and be with this group of guys, it’s a special time of year and it’s nice to get that experience.

“It’s just a different environment with all that’s happening in the standings and how big these games are. It’s totally different from last year, when there was a little bit less pressure I’d say — a tough season. But this year, there’s a lot riding on the line and it’s exciting.”

In Adirondack, Wotherspoon was logging plenty of minutes and playing a top-four role for the team. In 61 games in the AHL, the 22-year-old has two goals and 24 points.

“I was feeling good,” he said of his time with Adirondack. “We kind of took a little bit of a slide down there but I feel like I’ve been playing lots of minutes and playing with lots of confidence. I’m going to try to bring that up here.

“I’ve just got to play my game and be consistent, show that I feel comfortable out there and am ready to play on a day-to-day basis.”

Karri Ramo was in the starter’s net this morning and is expected to get the call this evening.

Raphael Diaz (undisclosed) did not skate today. Paul Byron (lower body) joined the team on the ice later on in the practice but did not partake in the main set of drills. 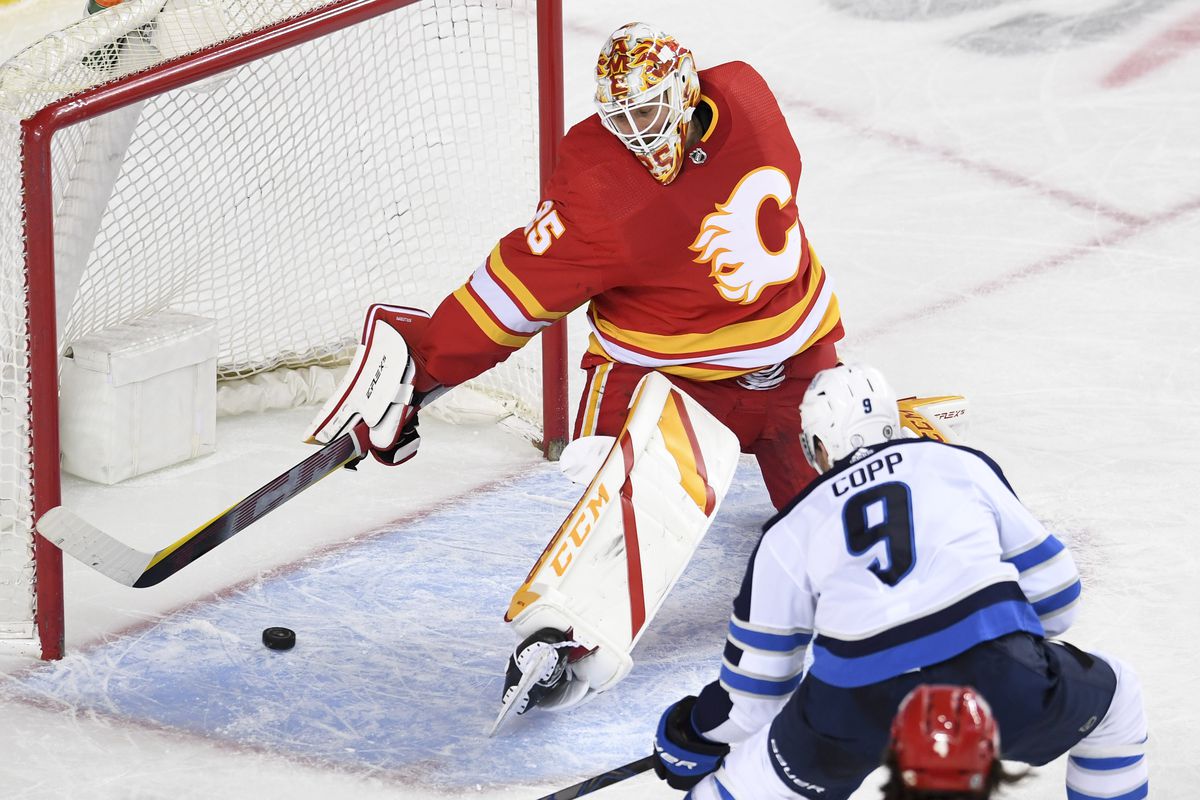 Following Monday night’s win in Dallas, Calgary has now won 21 games away from the Scotiabank Saddledome this season, one shy of the franchise record of 22 set in the 1987-88 season and matched a year later in their 1988-89 Stanley Cup-winning campaign.

Jiri Hudler needs one goal to hit 30 this year.

This evening’s game will be broadcast on CBC (TV) and Sportsnet 960 The FAN (radio). Game time is 8:00 PM MT. Channel numbers for Telus, Shaw, and Bell users can be found on our Broadcast Schedule page. 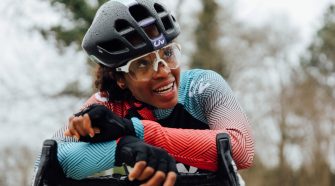