Dennis Wideman wasn’t without his sense of humour on trade deadline day.

In what can be the most stressful day of the year for some players, the 31-year-old 10-year NHL vet dealt a prank to media in attendance at morning practice from Class Of 1923 Arena on the University of Pennsylvania campus.

After watching coach Bob Hartley field a pair of calls on the ice before a meeting between the pair, Wideman fetched a phone of his own to create a buzz.

“I just saw that Bob was on the phone there and he called me over for a meeting and I saw (media) buzzing around up there so after the meeting I just went and grabbed the phone,” he said. “I was wondering how fast it would it but I didn’t imagine it would go that quick. I thought it was pretty funny.”

Wideman’s call? Not so much.

“Obviously there is a lot going on today and it can be a tough day or whatever but I was just trying to make light of the situation,” Wideman said. “Whenever anything happens everything is on TSN or Sportsnet right away so I just wanted to see how fast it would go.

“I didn’t think it was going to blow up like this. If it gets [TSN analyst Aaron Ward] and those guys jumping around on the panel it makes my day.”

Wideman’s stunt comes a day after Curtis Glencross was pulled from the same rink prior to approving a trade to the Washington Capitals. The Flames received second and third round picks in exchange for Glencross, who spent seven seasons with the Flames.
Some speculated Wideman might follow suit.
Not teammates, however.

“It’s definitely pretty funny,” forward Brandon Bollig said. “I know it’s the media’s job to report what is going on but there’s no problem with brining some light to the situation and having some fun with it. I wouldn’t expect that from Wideman of all people but the fact that it was him is pretty funny.”

It helped take some of the edge off an otherwise stressfuld ay, Bollig admitted.

“I think that some players may be a little more worried than others but regardless, you never know if one of your teammates is going to be [traded],” he said. “Just like yesterday, we kind of knew the whole thing with [Glencross] was coming but also you’re losing a teammate and you’re losing a brother. The fact that it could happen again is a little worrisome you could say. We just had dome fun with it and it helps pass the time a little better.” 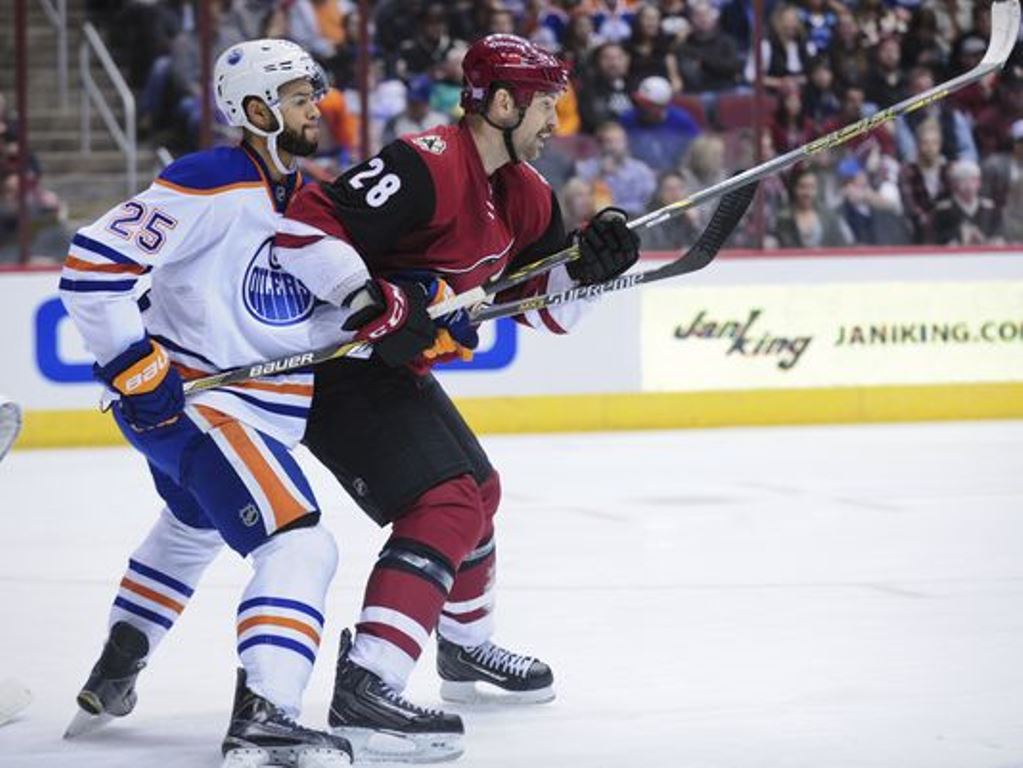 While Wideman was having fun with his phone to the ear, Hartley wasn’t fielding calls for leisure. There’s plenty of business to be done before the NHL Trade Deadline strikes at 1 pm MST.

Neither of the calls Hartley took on the ice were to announce a trade, but he’s been in constant communication with Flames general manager Brad Treliving with the deadline looming.

“He’s the boss but we’re pretty fortunate as members of this organization we have a general manager that communicates very well and is asking for input and giving us options that he has on the table. We work as a group.”

Treliving told Flames TV earlier in the day he was still getting a sense for what more could be done.

“There’s lots of activity, which is not unusual,” he said. “There’s nothing imminent to report or anything I would consider close at this point but things can change. You’re trying to monitor all the teams and find out what they’re up to, what their needs may be and whether there’s an opportunity for you.”

The deadline is hard to ignore, but Hartley is hoping his players can quickly turn the focus to Tuesday’s opponent — the Philadelphia Flyers.

He’s already credited his players with keeping their eyes on the target despite all the swirling distractions around them the past few days.

“By this afternoon it’s all over,” Hartley said. “This is our team and let’s move on. Those are probably the two best practices in my ten years in the NHL that I’ve seen around the trade deadline. The guys were unbelievable.

“Even yesterday, to pull a player after the first drill, I’ve never gone through that. I said gosh, that practice was going to be a mess and it was one of our best practices. Our guys are very consistent. We’re fortunate, we’re coaching good pros. Tomorrow it’s all over so let’s move on. After today there’s only one thing that remains on our mindset and that’s the standings.”

The idle Flames managed to jump into third in the Pacific Division after the Los Angeles Kings lost their third straight game Sunday.

The standings show how important each game is post-deadline.

“Sitting on the sofa and you move up in the standings,” Hartley said. “It’s so tight that this is the situation right now.”

Previous Flames not willing to fold with loss of Giordano 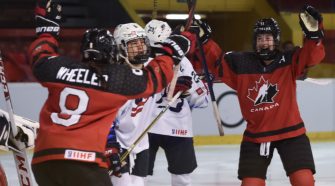