While the 2014-15 season was an up-and-down affair for defenceman Oliver Kylington, the Swede has incredible upside that could make him a staple on the Flames blueline for years to come. Known for his skating ability and offensive prowess, Kylington can generate a ton of even-strength chances and can quarterback the power play. 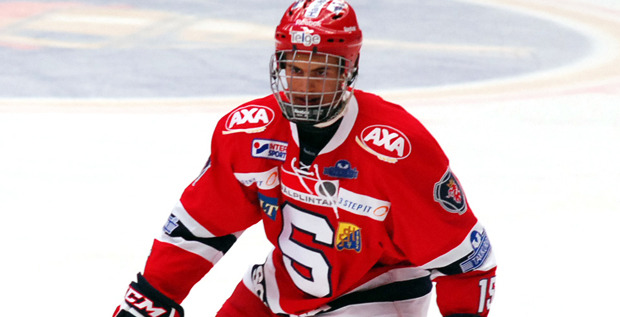 The Calgary Flames selected the Stockholm native with the 60th overall pick in the 2015 NHL Draft.

Brad Treliving’s Take: With Oliver, he’s an interesting player. Prior to the start of the year, this guy was talked about as one of the top players in the draft. He’s an elite skater, he’s as good a skater as there is in the draft. Now we’ve got to refine his game.

Tod Button’s Take: Oliver is more the skate the puck up, a little more rover in him … tremendous upside.

International Scouting Service: Kylington is one of the most intriguing players in this year’s draft. The type of player who is very devise amongst scouts, you either love him or hate him. He is a supremely gifted skater and puck handler. He has the ability to control a game from the back end. He has so much skill that he sometimes has a hard time letting the game come to him instead of forcing things. He can be a bit of an equal opportunity player in the sense that gives the puck away far too often for a player of this caliber. Puck management and defensive zone play has much room for improvement but not unattainable.

The ISS lists Kylington’s top strengths as: 1) Puck Handling 2) Offensive Catalyst 3) Creates from the back end

Future Considerations: Kylington is an offensive-minded defenceman who is viewed by many as the true wildcard of the draft. He loves to rush the puck up the ice and push the pace of the game. He has ice in his veins and looks to have poise beyond his years with the puck on his stick. Kylington makes excellent offensive zone reads and is hard to defend from the point as he disguises his intentions well. Skating is exceptionally smooth and he can pick up speed or change direction in a flash. He is likely one of or the even the best skater in the entire draft. Moves the puck well and can spot developing opportunities with his great anticipation. Makes excellent, strong passes both short- and long-range. We love his vision coming out of his own zone and his ability to head man the puck to his forwards up ice. Great in transition and doesn’t ever limit himself, always finding alternative plays if problems arise with his original plan. He doesn’t have an overpowering shot but can get the puck on net and is able to get the puck off his blade quickly. Kylington is good defensively, using his stick and good awareness to read and react to plays unfolding. He has the foot speed to close gaps and force plays away from the net and into a position where he can force a turnover. He denies all passing options that are available. Will use his body to muscle the man off the puck, but won’t step up to crush him with a check; a simple rubbing out of the man seems to do the trick in his mind. He isn’t a very big or physical defender, but doesn’t get manhandled in the corners or in front of his net. Takes control in possession with his quick hands and feet that he can change the speed of to meet the conditions; Kylington will rush the puck and is a threat to watch out for whenever he touches the puck. The comparisons that have been floated out there include fellow countrymen, Oliver Ekman-Larsson or Erik Karlsson; although, he has a ways to go to reach those lofty comparisons. If he continues to develop he could be a premier player in the NHL for years to come.

Next What Scouts Say: Rasmus Andersson 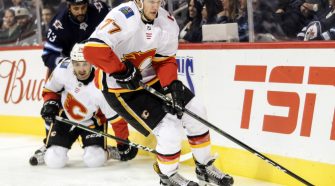