Season series: Calgary Flames forward Sean Monahan has three goals and two assists in their four wins against the Arizona Coyotes. The Flames are going for their first season-season sweep of the Coyotes since 2003-04.

Coyotes team scope: Forward Lauri Korpikoski (facial injury) skated at practice Monday. Korpikoski and forward Mikkel Boedker (ruptured spleen) will travel with the Coyotes on their two-game Canadian road trip but neither is expected to play. The Coyotes remain at the bottom of the Western Conference standings, but are coming off a win Saturday against the San Jose Sharks. The 5-3 victory was Arizona’s first regulation victory since Feb. 3, a span of 27 games.

Flames team scope: Calgary is in a battle with the Los Angeles Kings and the Winnipeg Jets to reach the Stanley Cup Playoffs and play their final two regular-season games against the Kings and Jets. However, the Flames refuse to overlook the Coyotes. “I don’t know who made the schedule but this guy has a flair for drama,” coach Bob Hartley told the Flames website after practice Monday. “We’re not getting too far ahead. We’re focused. We’re on the job. Our players allowed us all year to put us in this situation. We’re not going to change our mindset right now.” Goalie Karri Ramo remains day-to-day with a lower-body injury. Defenceman Raphael Diaz (lower body) did not skate Monday.

Next Bennett set for uncertain debut 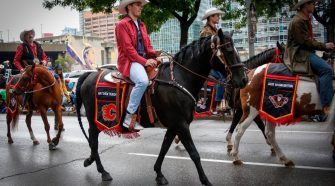