ST. LOUIS, MO — On Monday night in Dallas, Johnny Gaudreau selflessly threw himself in front of a hard shot at the end of a tight game between the Flames and Stars, denying his opponents a chance to tie the contest.

Given the velocity of the blast, one may expect him to be a little worse for wear at practice in St. Louis on Wednesday.

Instead, he was sporting a large scrape across one side of his nose — a souvenir he picked up after an incident in he and Josh Jooris’ hotel room.

In the middle of the night, on route to the bathroom, he tried to make sure he didn’t wake up his roommate but ended up causing a bit of a commotion instead.

“He was sleeping so I couldn’t turn the lights on. It was pitch dark. There was a bench — I didn’t know there was a bench in the room — I tripped right over the bench and hit my nose on the wall.”

Respect for his roommate and the subsequent cut aside, the dedication Gaudreau showed in Dallas is what has led him to being so successful throughout the 2014-15 campaign. 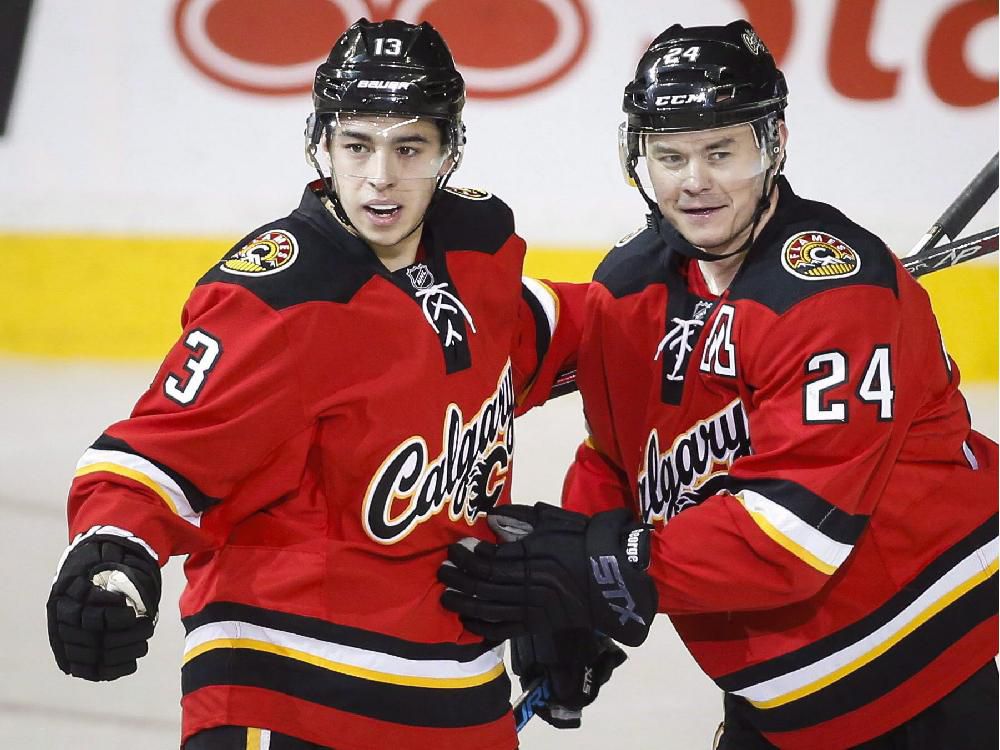 The offensive skill is obvious — his 60 points in 76 games is very telling — but he works extremely hard in all zones to make sure he’s as responsible of a player as he can be. If that means he has to fall to the ice to keep a puck away from his netminder, so be it.

“In that situation, whether you’re an offensive guy or a defensive guy, anyone would have stepped in and done that,” he shrugged. “When you’re in a playoff race, you’ve got to make sure you’re doing those little things in the defensive zone. I was the guy there, at that moment.”

Prior to Gaudreau and the Flames hitting the ice for practice at the Scottrade Center on Wednesday, the NHL tabbed the 21-year-old as the Rookie of the Month for March. Gaudreau rattled off 16 points (7 goals, 9 assists) in 15 games last month and regained the lead in the NHL’s rookie scoring race.

“It’s a great honour,” he said. “I’m really privileged to get a chance to win something like that. I think me, [Sean Monahan], and [Jiri Hudler] had a good month.”

It is Gaudreau’s second Rookie of the Month nod — his first coming in December — and showcases that the Boston College alumnus hasn’t faded as the regular season has gone on. In his past three seasons, he played no more than 44 games in a single campaign and at the beginning of the year, some questioned his durability in an 82-game season.

He credits his teammates for their unwavering support as he navigates his way through his freshman season in the league.

“Coming into my rookie season, I was kind of a little bit nervous,” he admitted. “But I felt more comfortable as each game went on and a lot of the guys in this locker room really helped me. I’m really fortunate to doing so well right now.”

When asked about how Gaudreau has been able to make such big strides in his rookie season, Hartley pointed to his former coaches. His father, Guy Gaudreau, Jim Montgomery in Dubuque, and Jerry York at Boston College have instilled a work ethic in the winger that has pushed him to learn how to play a well-round game.

“He was well-coached as a kid,” Hartley explained. “Look at him skate back to the bench on a line change. Look at him back check. This kid wants to learn. He wants to progress. He wants to compete. But he showed up to us with a great base. I shared this with his dad on the dads trip. His dad is a tough customer and he doesn’t put up mediocre performances. Johnny was raised not to be a cookie monster. Yes, he put up some huge numbers but he is playing the game the right way.

“The ice is not tilted when Johnny is on the ice. He goes hard one way and he comes back as hard. He takes lots of pride in his entire game and that’s why his progression has been so great.”

Next Hudler a key factor in Flames success 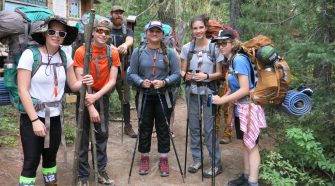